A life of boundless choice

Ascend is a network of K-12 public charter schools serving 5,800 students in 16 schools across Brooklyn—New York’s most populous borough. Ascend exists to serve every student—to help them embody their inherent excellence by providing rich, joyful learning experiences that unlock a life of boundless choice.

Ascend is a network of K-12 schools that honor, nurture, and challenge the whole child. We foster critical thinking skills and a love of learning through our inquiry-based learning approach, Responsive Classroom model, and anti-racist education. We are deeply committed to advancing educational equity for all of our students.

Teach with us
Enroll your child

Ascend is a Brooklyn-based network of public charter schools that puts our students, their possibility, and their dignity at the center of everything we do. Ascend opened its first school—Brooklyn Ascend Lower School in Brownsville—in 2008 to 210 students in kindergarten through second grade. Ascend has grown to a network of 16 public charter schools in Brooklyn educating 5,800 students in kindergarten through twelfth grade. Ascend schools are located in the Central Brooklyn neighborhoods of Brownsville, Bushwick, Canarsie, Cypress Hills, East New York, East Flatbush, and Flatbush.

Ascend offers a rich, varied, rigorous Common Core-aligned curriculum, in a warm, supportive, and joyful culture. Our community is powered by our bold dreams, love of learning, commitment to collaboration, focus on anti-racism, and dignity and respect. Ascend schools are free, public, and open to all students by lottery. We proudly serve students with special needs and English language learners and fill every vacated seat through 9th grade. 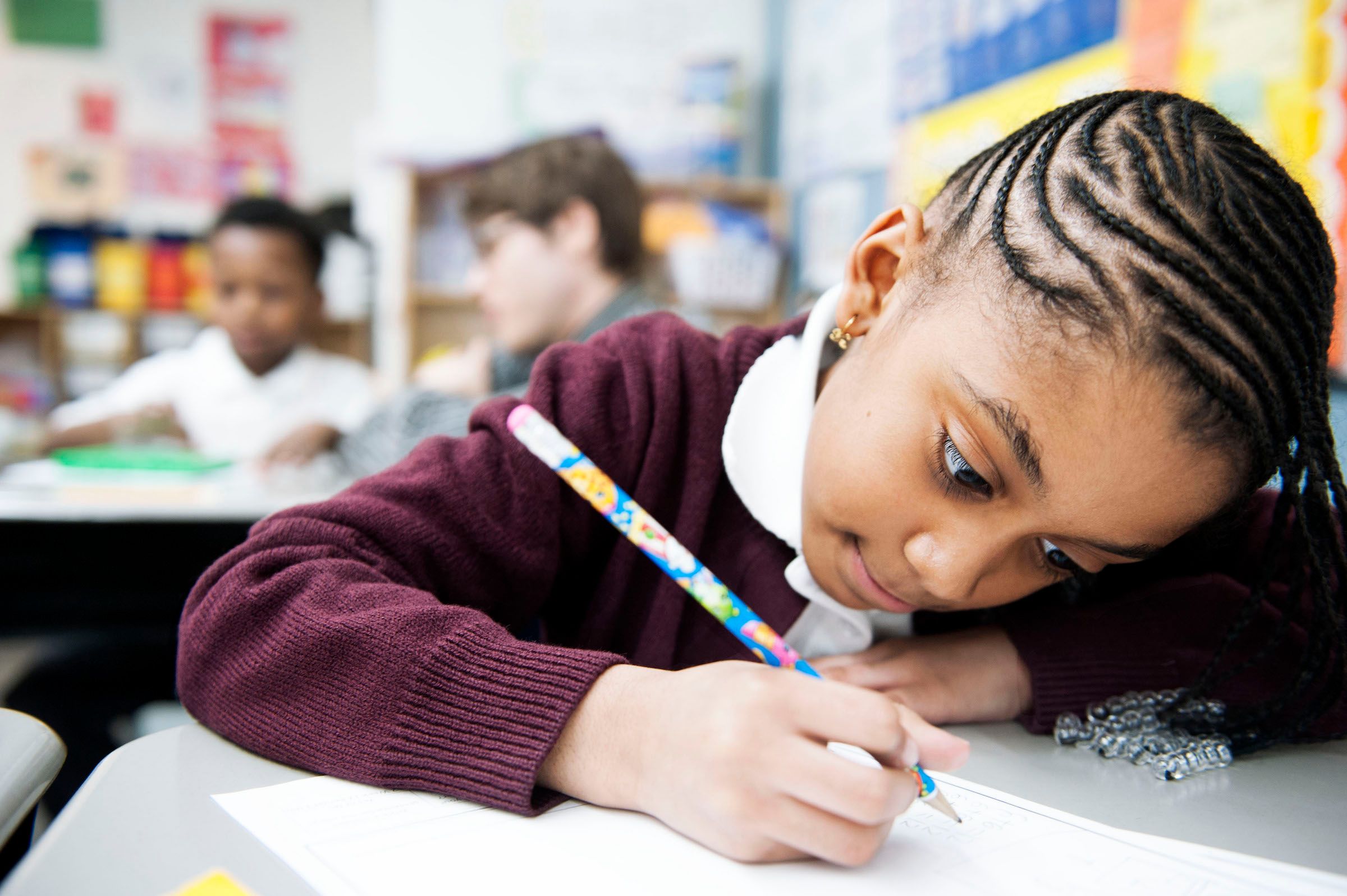 We are relentlessly bold.

We dream wild futures inspired by our students’ power and confidently act on our unwavering belief that together, we can bring these dreams to life.

We are in love with learning.

We embody the hard work, dedication, and tenacity that power our learning journey and believe that laughter, community, creativity, and curiosity strengthen us along the way.

We are in this together.

We thrive through strong relationships amongst our schools, our families, and our communities, becoming stronger by learning from and with each other. 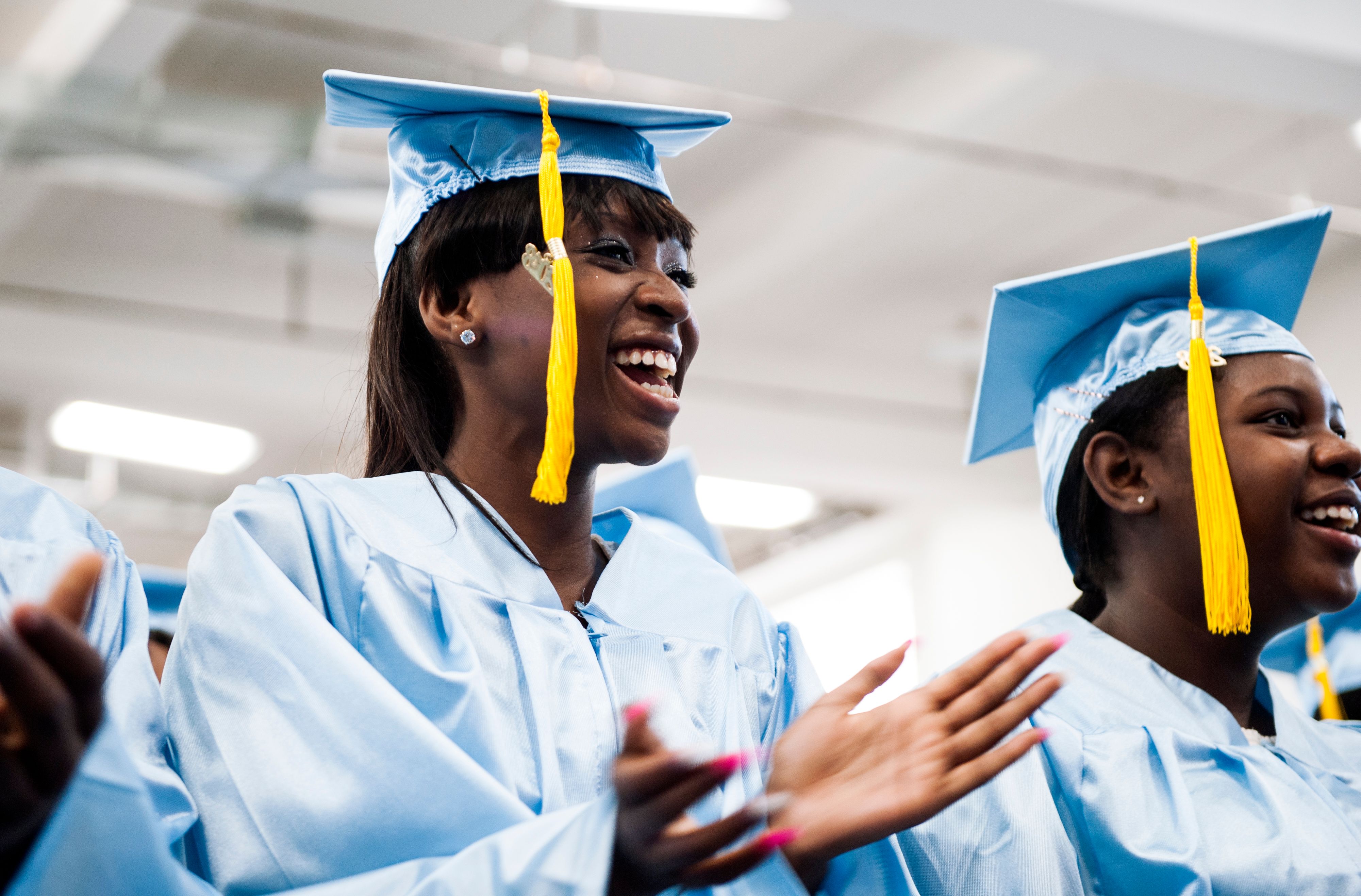 We are committed to shaping a more equitable future.

We work endlessly to ensure an equitable and just education for our students that is rooted in anti-racism and advances equity in our schools and in our world. 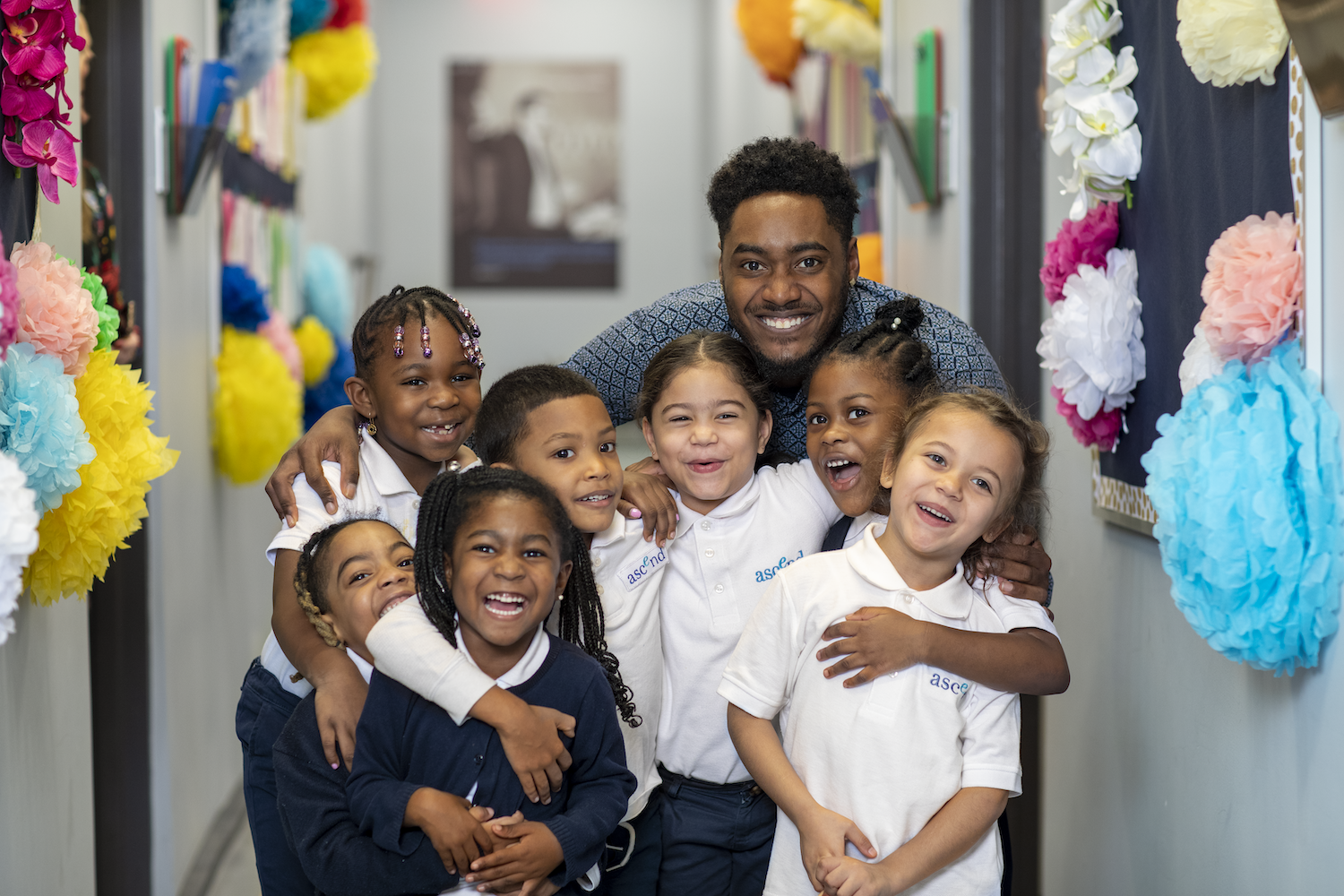 We are a place for all people.

We treat every person with dignity and respect, celebrating the many unique identities that add beauty, authenticity, knowledge, and depth to our community. 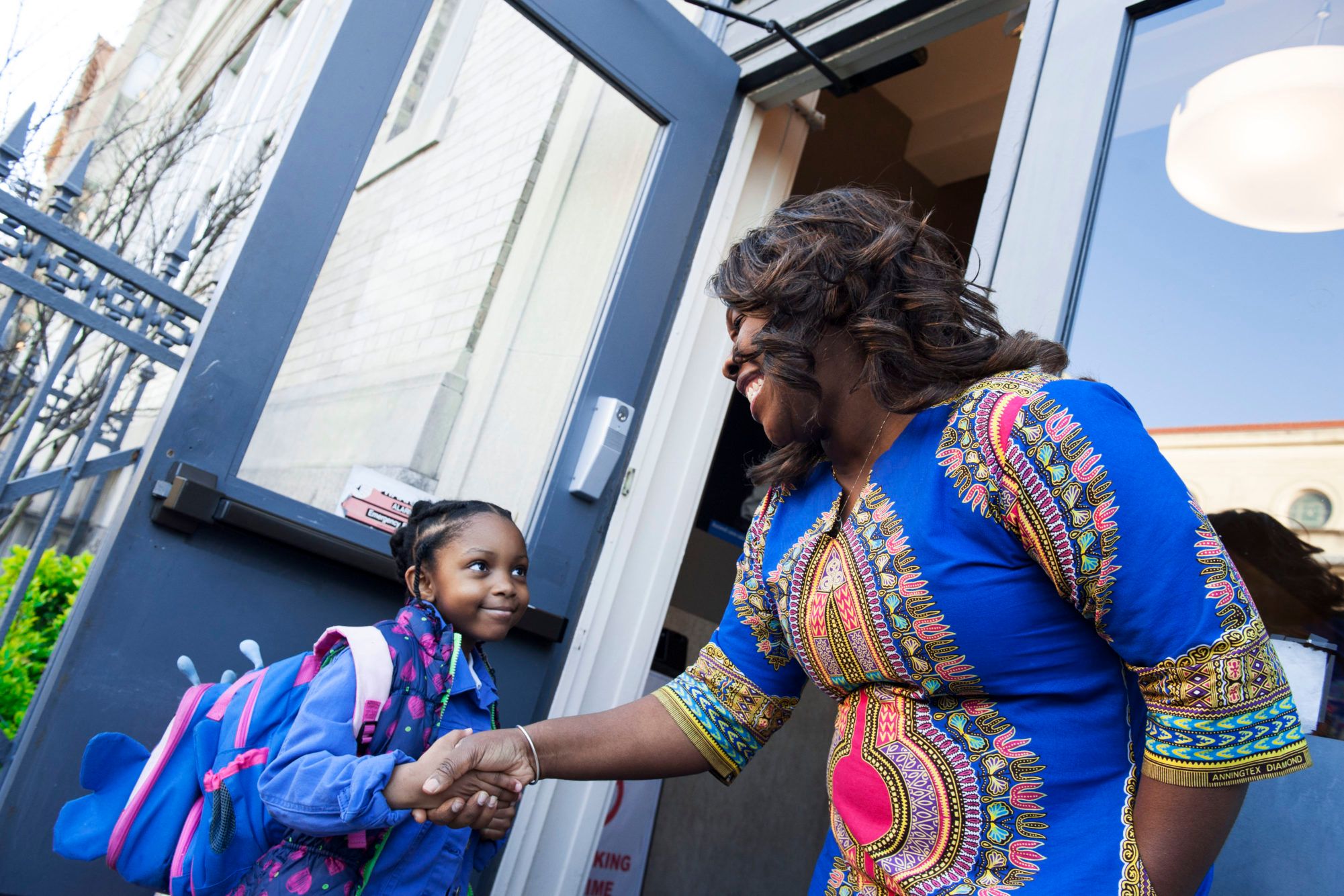 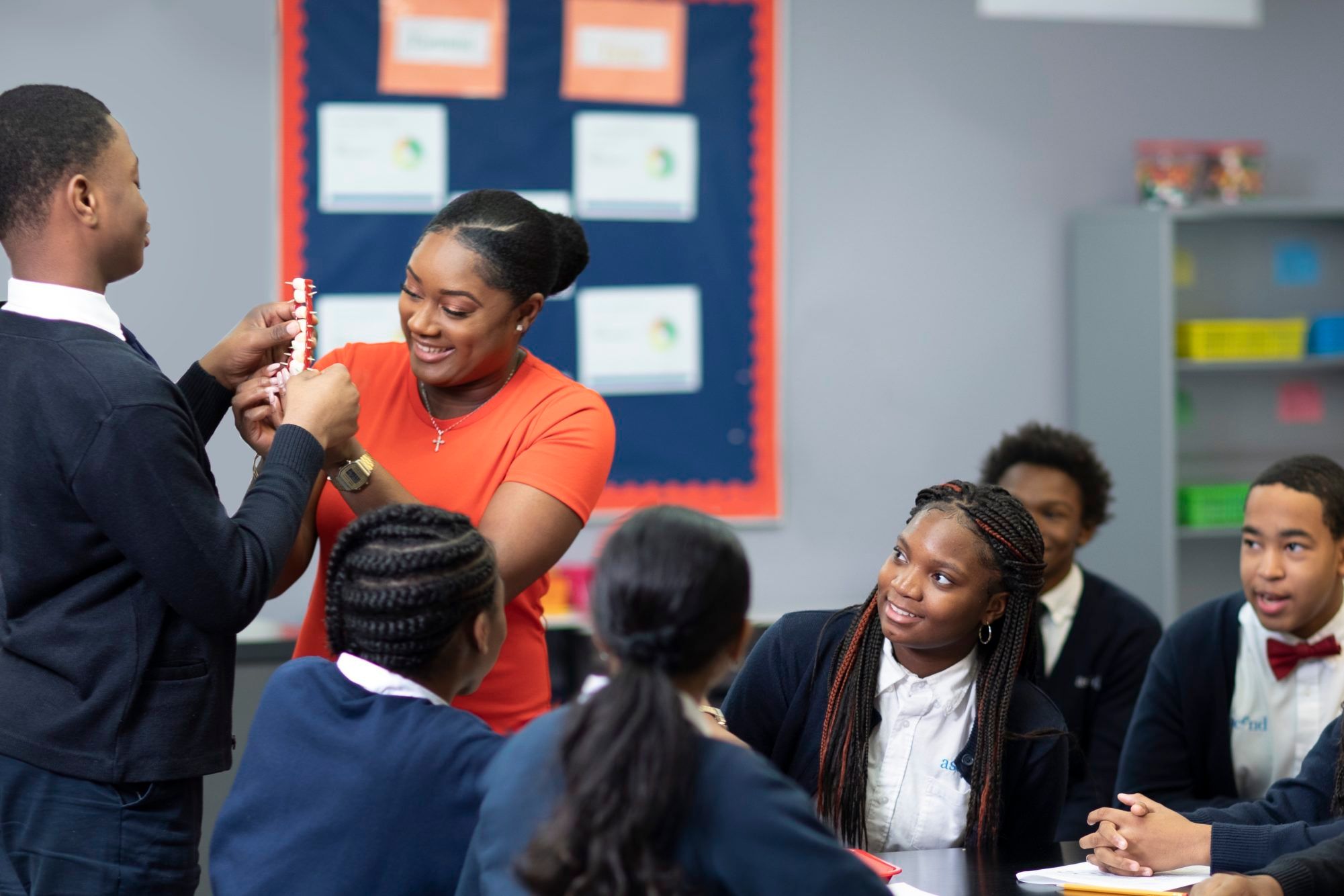 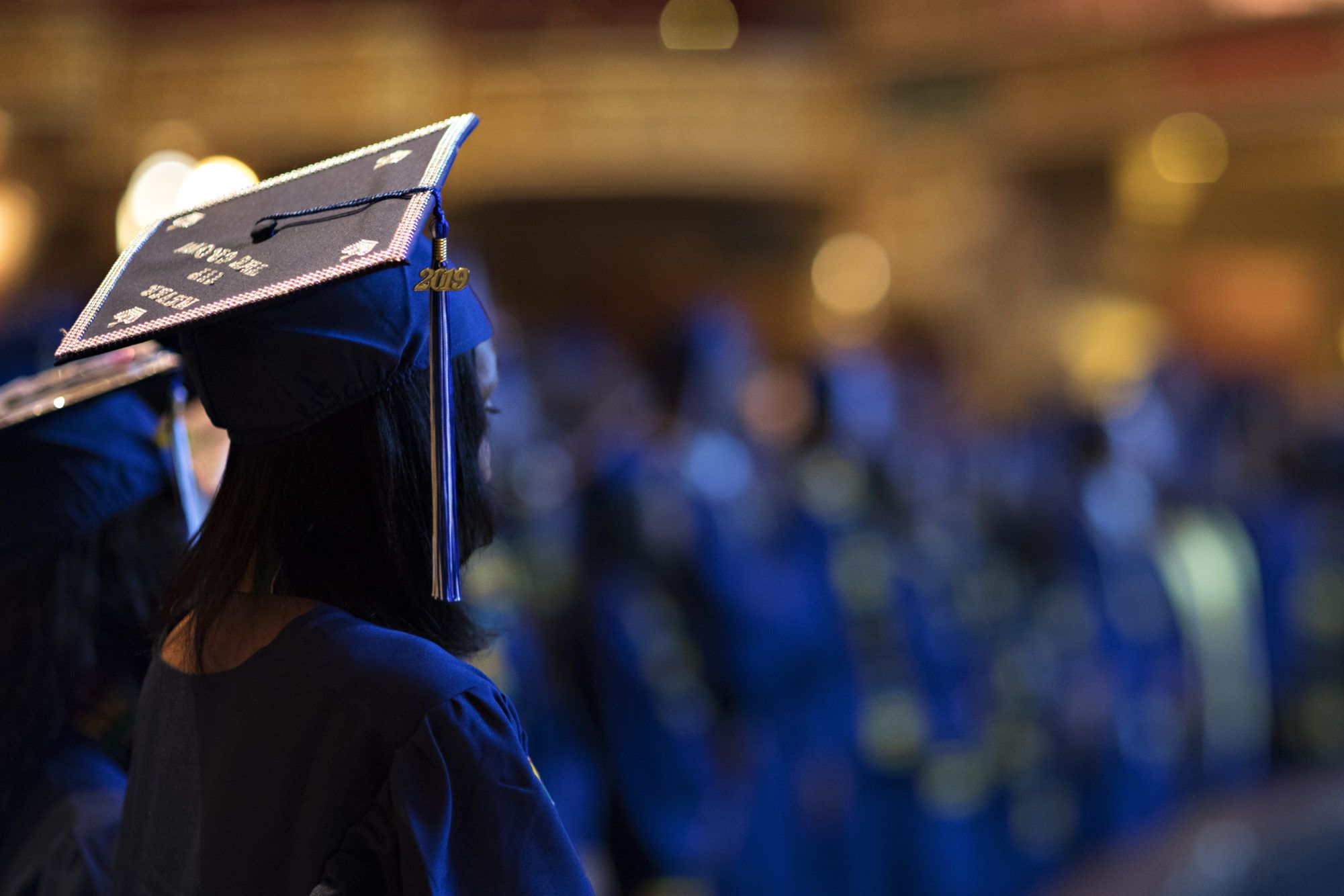 Our commitment to diversity, equity, inclusion, and anti-racism

At Ascend, we recognize that within the education system as a whole and our own organization, many systems, and structures, even when well-intentioned, serve to perpetuate white supremacist culture. We recognize our participation in oppressive systems and we fully commit to becoming a more diverse, equitable, inclusive, and anti-racist organization.

We see and believe in the inherent excellence of every one of our students. Our role is to provide rich, joyful learning experiences that help students live to their fullest potentials. Ascend students make impressive academic progress.

We take a whole-child learning approach, focusing on fostering a love of learning and deep critical thinking skills in our students. Each year, we ask parents about their child’s education experience. In 2019, 96 percent of parents responded to a survey about their child’s education experience. Ninety-five and 91 percent, respectively, agree with the statements, “I feel respected by my child’s principal,” and “[the school] promotes family and community involvement in the school.” 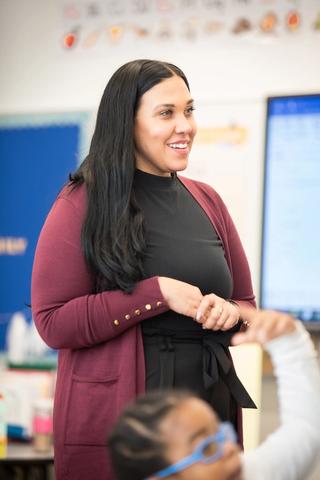 "I have grown tremendously as an Ascend teacher in the past five years. I’ve had the opportunity to participate in workshops, coaching meetings, and professional development sessions to hone my teaching practices. This has enabled me to create a joyous classroom environment." 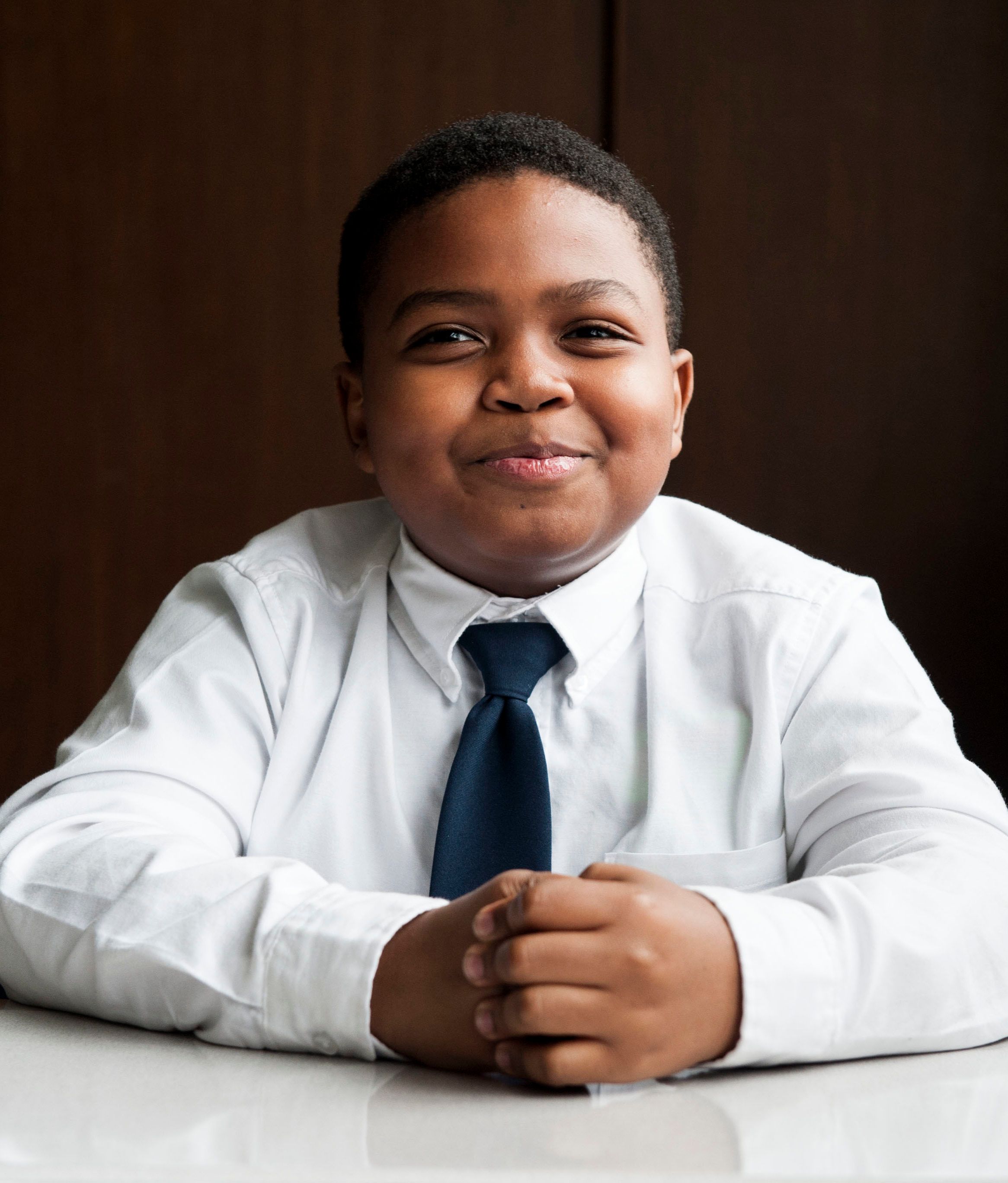 “My favorite class is math. I like to solve problems, and even though it’s challenging sometimes, math brings me the most happiness. I’m really excited about college. I want to get the most education so I can know as much as I can about the world and be ready for it." 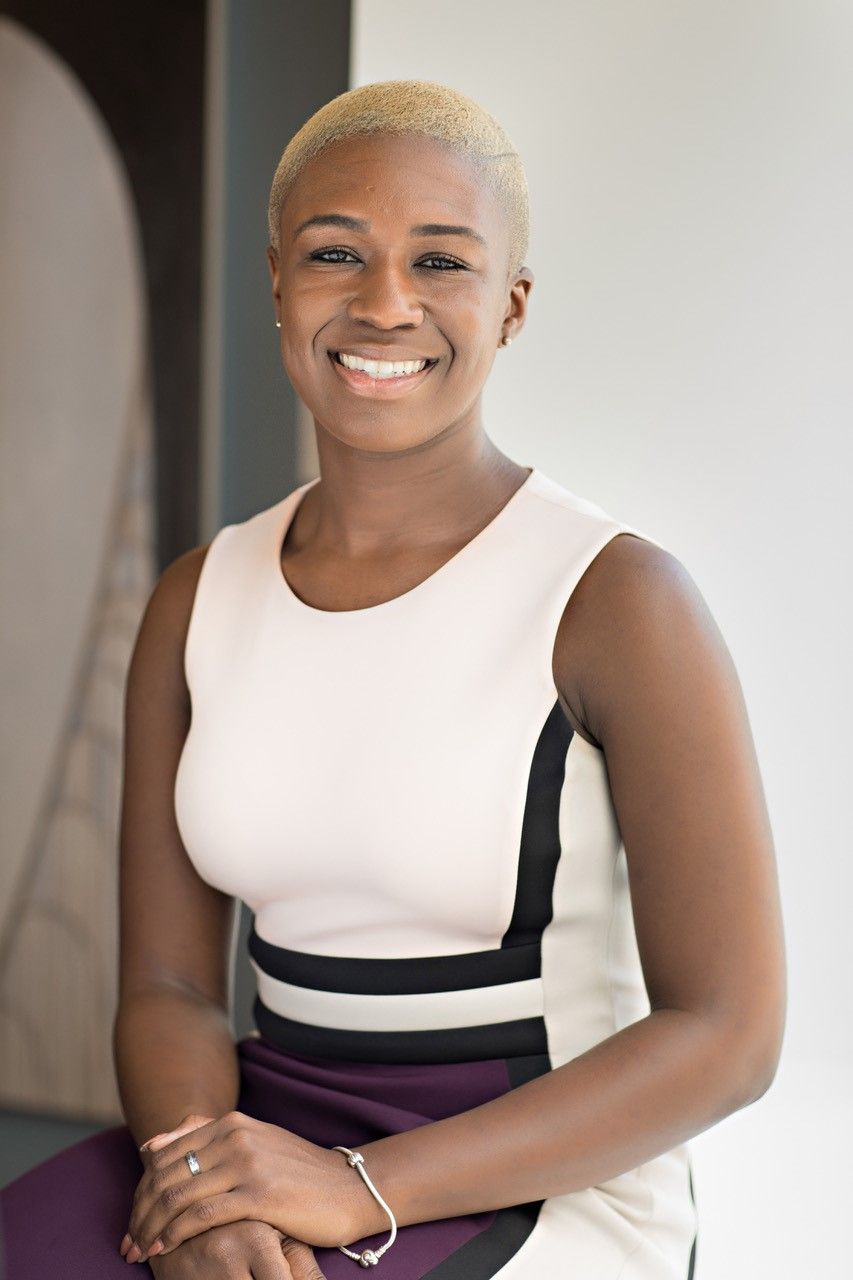 "Being at Ascend has made me a teacher who is willing to accept feedback and grow everyday. My mentor was instrumental in my growth. She provided me with feedback and always encouraged me to be better. I am forever grateful to be a part of the Ascend family." 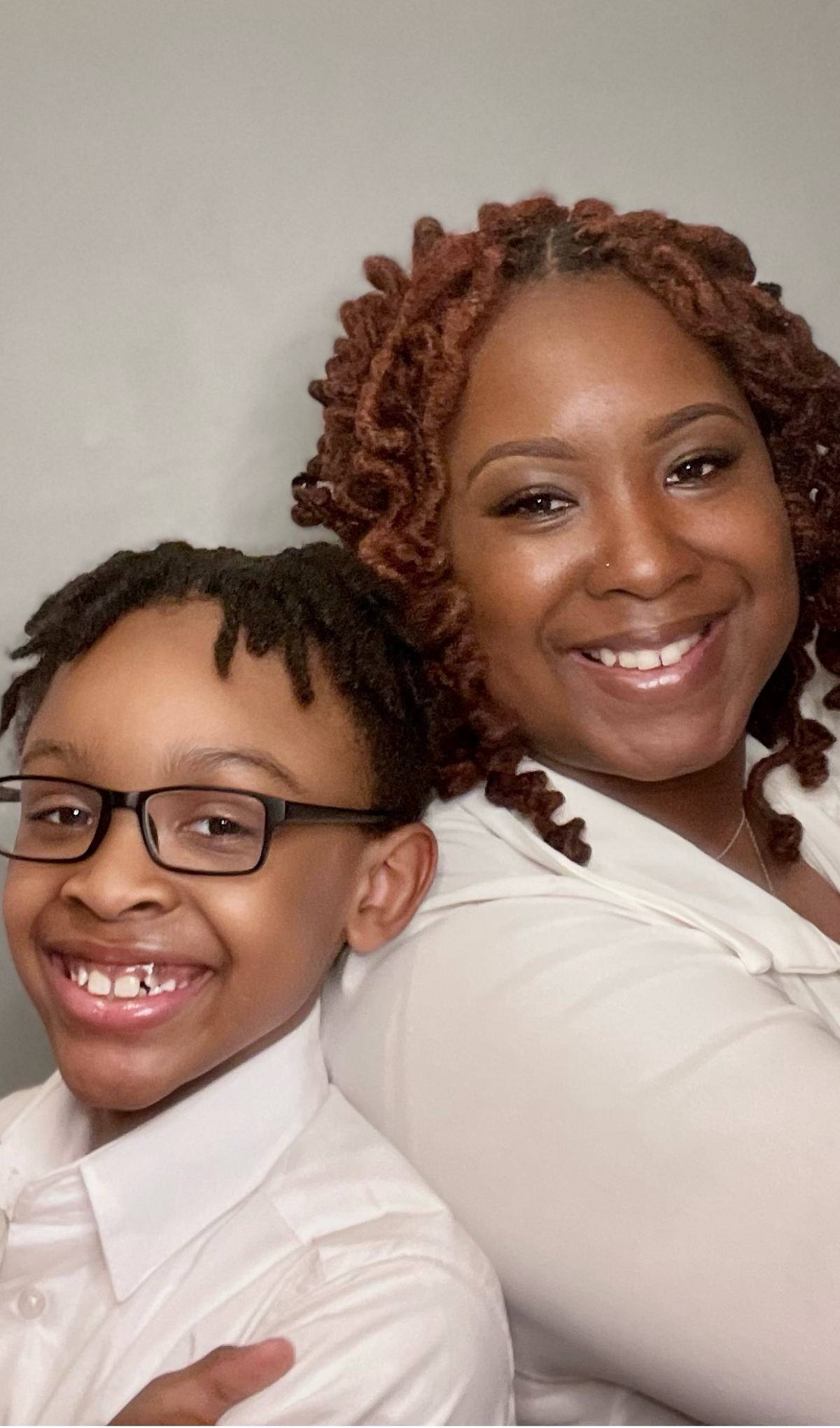 “I am fortunate to have found a school where my child is welcomed and challenged. At Ascend, students are not just taught to memorize multiplication tables. They develop the ability to solve problems.” 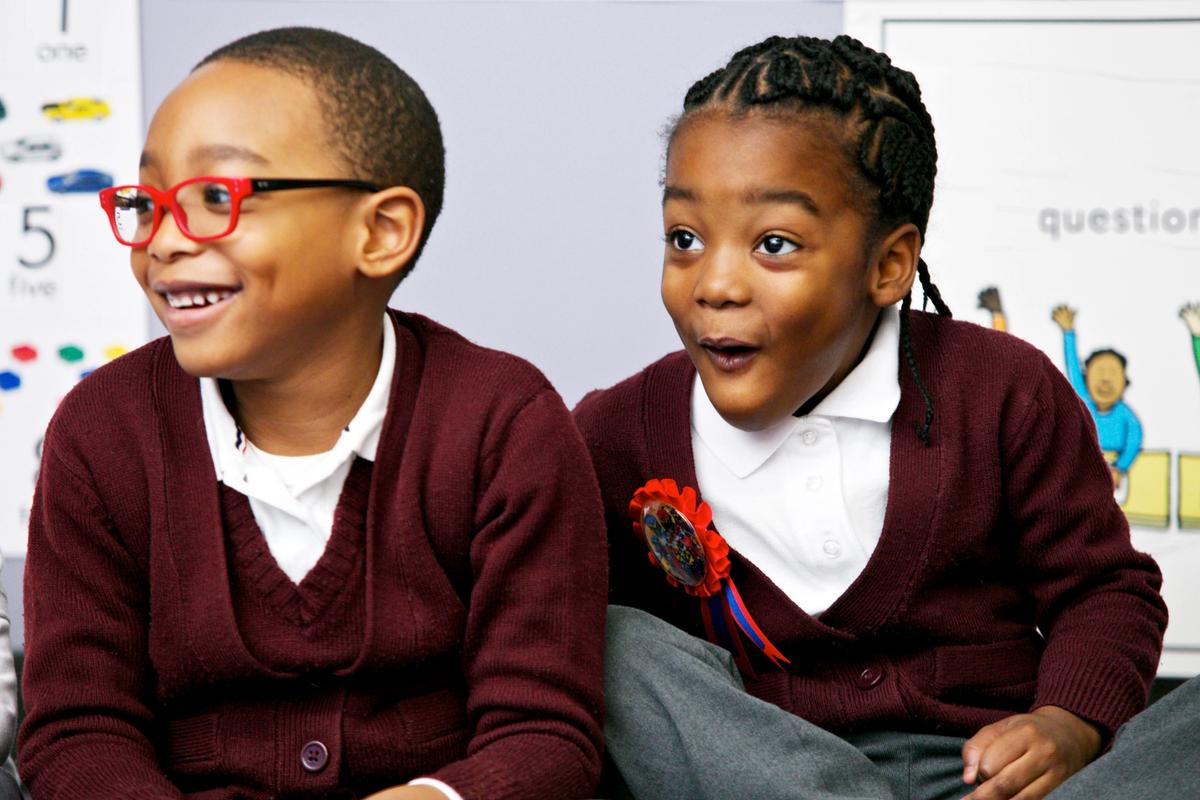 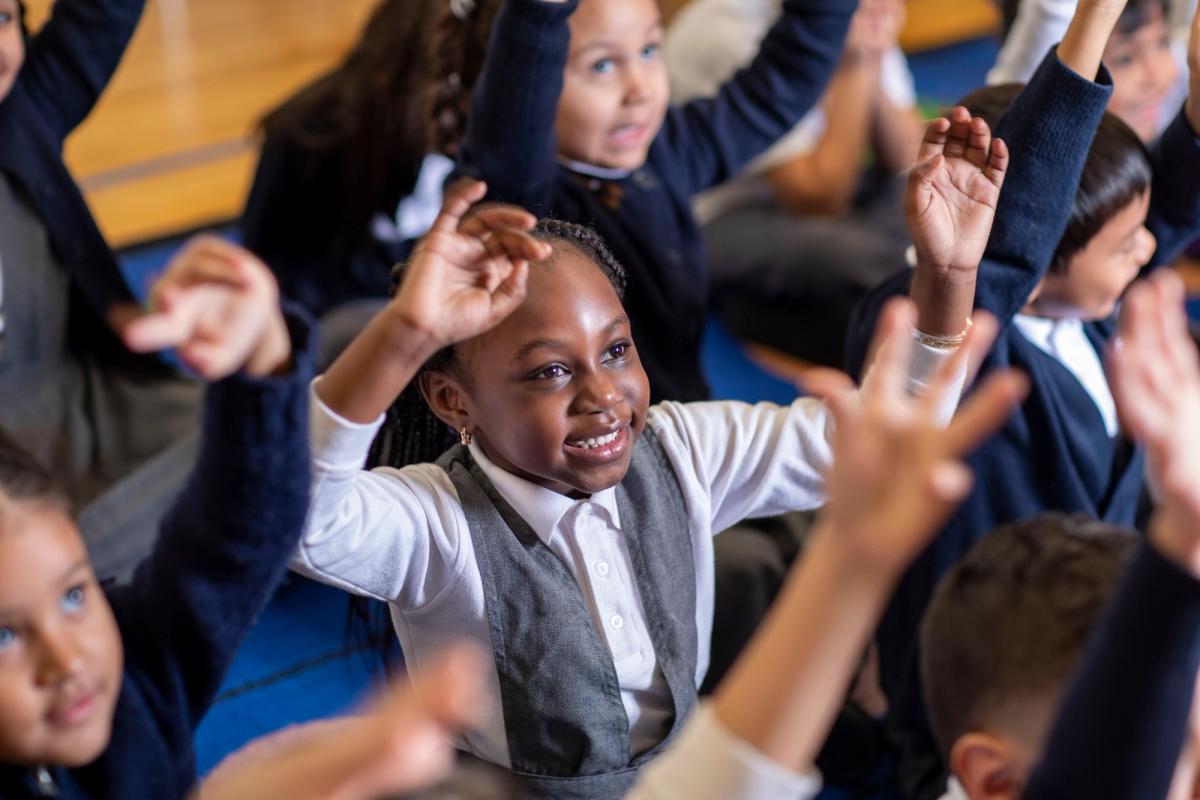